How to get paid to walk

It sounds too good to be true! Trust me I’ve tried nearly all of the walking and fitness apps out there and I have finally found out how to get paid to walk.

I’ve always tried to get outside more and when lockdown happened it really highlighted how important it actually is for me. Don’t get me wrong – I’m a really active person now thanks to quitting the full-time job. I got into fitness in a big way once I was earning money consistently as I no longer had to worry about making money.

Ironically whilst I could afford to buy any type of fitness membership I wanted (private swimming membership, exclusive gym, rent out the rock climbing wall) I actually fell in love with working out at home. Well, I did splurge a little on a treadmill, rower and new weights but I had nothing really at home to work with.

I was always a cardio person so when I started seeing the benefits of strength training I was literally unprepared (plus my tins of beans weights could only really last so long!) Being so focused on indoor activities, I often found myself feeling a bit cooped up and hemmed in.

With all the negatives that lockdown brought, one positive was the dedicated hour to get outside. I started to fall back in love with walking. I’m lucky enough to live in the middle of the countryside so its amazing views and scenic hikes at every turn.

When I began walking and telling people about it, everyone wanted stats – how far did I walk, how fast, how many steps and which route did I take. It happened so regularly that even I was interested in the end so I invested in a Fitbit which is amazing and strangely life-changing. This has now fuelled me to walk father and faster.

The Fitbit app is free to download and not only keeps a record of your steps, calories, sleep pattern ect.. it also has helpful reminders to keep moving. It can be scarily easy to sit in one place and not move for a while.

Testing out the apps

I now walk at least 10,000 steps a day. It’s not every day as I tend to take weekends at a slower pace than the rest of the week. I do a lot of steps in the week as I’m dropping the kids off at school and nursery. I keep my strength training to a few times a week and walk five to six days a week too.

After downloading my Fitbit app, I kept seeing recommendations for fitness apps. It was exciting to imagine earning megabucks for the exercise I was doing anyway. I downloaded them all to try them out but they all fell short.

The majority of them wanted me to leave the house (shock horror) to workout otherwise it wouldn’t count. Others wanted to track my GPS which is a bit scary (plus living in the middle of nowhere means I barely get a signal once I leave my house!)

All the payouts were hard to decipher how much they were actually worth and some even openly had teams of people attempting to “cheat the system” constantly offering to buy my “coins” off me.

After a few weeks, I deleted them all after feeling harassed, pressured and bad for not earning anything!

This app first piqued my interest with its tagline of “walk, sweat & win e-gift cards” so I decided to investigate further. It turned out that win walk doesn’t use a GPS tracker to count steps so indoor steps counted as well!

The app is available on android phones and is totally free. No hidden costs, sneaky upgrades needed or subscriptions. You also don’t need to register your name, phone number or email address making this app safe and anonymous. This article is based entirely on my own opinion and I have not being paid or coerced into writing it (I do get some bonus coins if you sign up using my link – not enough to make me falsely recommend it though!)

Its not just a walking app

Yes I know I started this article saying you can get paid to walk! This is still true but win walk gives you the option to earn more coins in a variety of other ways. There are surveys, videos, lotteries, games and referrals.

The surveys can be pretty hit and miss if they work however you always get paid something even if your, not the type of candidate they were looking for or if the survey crashes or fails to load. It’s normally about 25 coins which aren’t really that bad. They state the surveys can payout up to 250 coins but I would say 100 is the highest it pays out in reality.

The videos are usually 30 seconds long and pay 5 coins. Not much I know but there is nothing to check you are actually watching them so I always pop one on whilst doing something else for an easy coin boost. Videos can only be watched with an hour break in between each one to stop binging.

I’ve not entered the lottery as I don’t like the idea of betting my hard-earned coins on a chance at winning. the prizes are pretty good though and are usually gift cards or money off.

The games are quite good and an easy way to earn some extra coins. I’m not really a big game player on my phone but the games it has are fun and a fairly easy way to earn more coins. Plus you only really have to play for at most 5 mins.

Win walk provides every user with a referral code that can be used 10 times to earn a total of 3k coins! I’ve shared them with a few of my friends and all they have to do is earn 100 coins and I get paid 300 coins.

My referral code is https://s.winwalk.app/r/DD3EEB910 for anyone who wants to sign up and give me a coin boast in the process!

It’s clear how much you earn

This is where the other ways to earn come in! I’ve had the app about 3 months and I can redeem for a gift card on average every 6 weeks. Not bad considering I’m not actually doing anything extra plus I’m getting more motivated to keep moving!

Of course the app isn’t perfect and there are a few negative points to mention.

Win walks lack of using a GPS tracker isn’t all sunshine and rainbows though. Using a GPS tracker is by far a more effective way of an app counting steps accurately but this isn’t really an issue for me. I think if you’re expecting to earn a lot of money by aiming to collect maximum points for maximizing steps then this isn’t really the app for you. It’s important to note that all step counter apps fail to count steps accurately. It’s just a fact of life.

In order to collect your coins, you have to either manually tap each coin or you can watch a video to make it automatically collect them for you. I always opt for watching the video. Again they don’t check you’re actually watching so it’s great to have it playing in the morning whilst I’m brushing my teeth.

Win walk is upfront about how much you make. 100 steps are equal to one coin. The step limit is capped at 10,000 steps so the most you can earn each day from steps is 100 coins. Assuming someone walked 10k steps every day then it would take them 200 days to earn a £10 voucher. Sounds like a lot of effort right?

Remember to collect your coins everyday though as if you don’t you will lose all the ones you haven’t collected that day!

Because this is a free app they rely on ads as a way of paying the bills. I haven’t really noticed the ads other than to automatically collect my daily coins and to watch them in order to earn more coins. I guess if you really hate ads then this app isn’t for you. That being said, I have never had ads just randomly appear whilst using the app.

Overall I think win walk is the best walking/fitness app out there at the moment. I’d love to hear about your experiences with fitness apps!

I couldn’t make money without these! 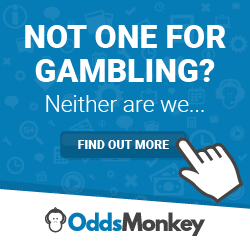